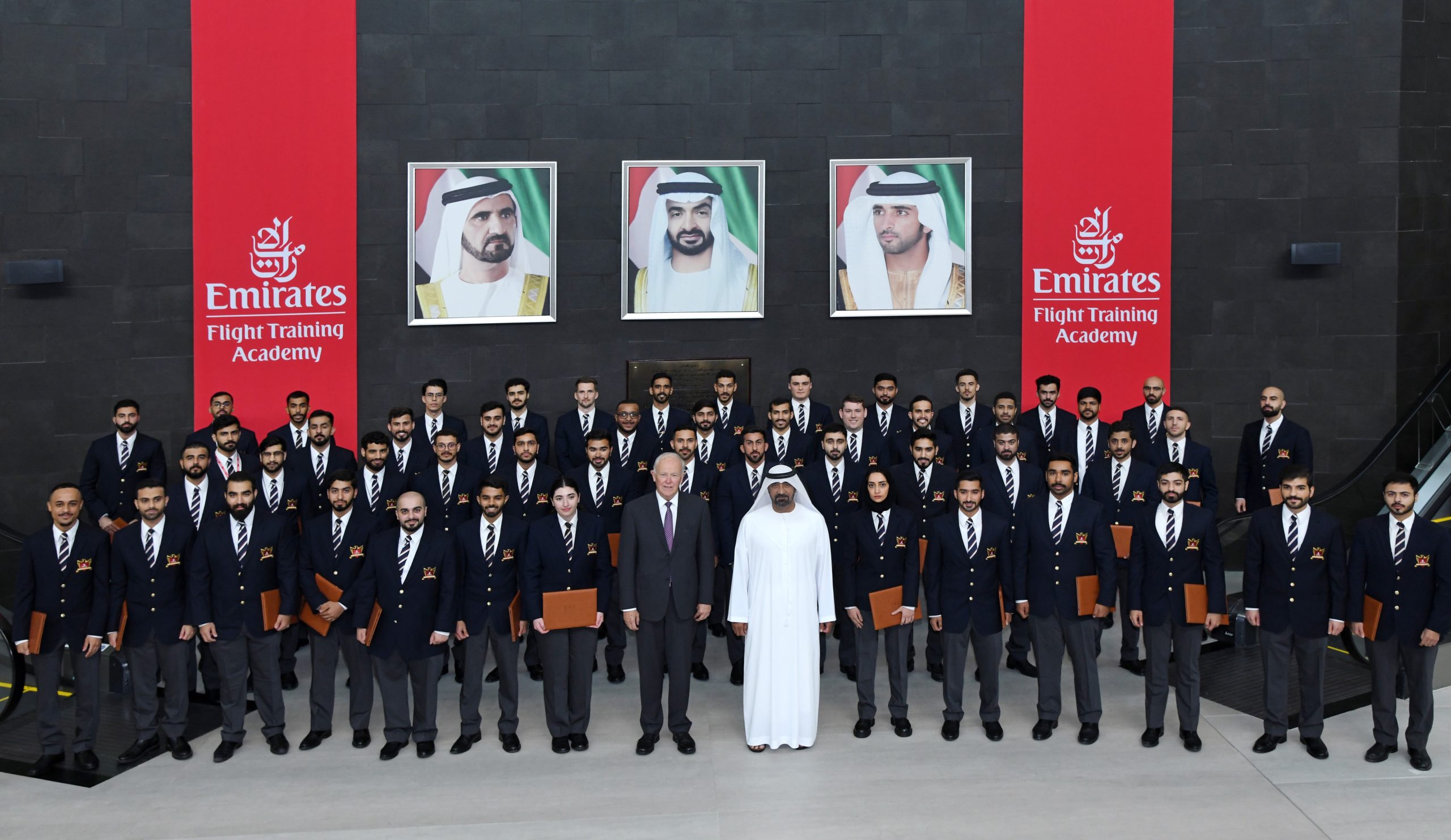 The latest ceremony marked EFTA’s crossing of three major milestones, including graduating foreign cadets for the first time since the academy opened its doors to non-Emirates cadets in late 2019, the largest cohort of over 50 cadets and twice as many as previous events with over 100 cadets since the first graduation in 2020.

The ceremony evoked a range of emotions as the young graduates took to the stage, cheered on by their proud families and friends. And rightly so, as the young cadets successfully completed a rigorous programme of 900 hours of ground training and 250 hours of flight training to earn their Integrated Air Transport Pilot’s Licence.

EFTA has also rewarded the most accomplished and diligent cadets for their achievements in all aspects of the training programme.

Under the patronage and presence of @HHAhmedBinSaeed, Emirates Flight Training Academy (EFTA) holds its third graduation ceremony, welcoming 53 new pilots trained at their world-class facility into the industry.https://t.co/zdrBxfP7pn pic.twitter.com/9xEkrdj4JG