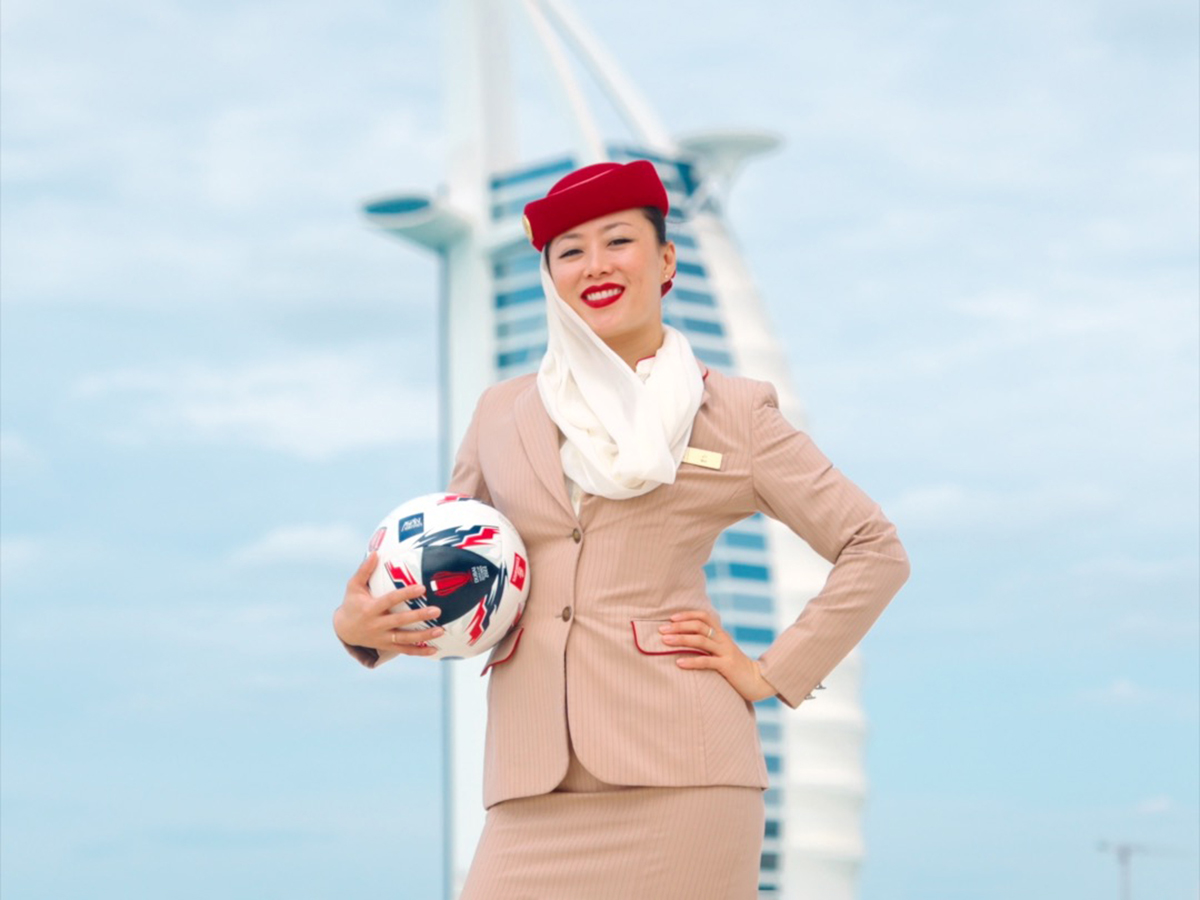 Adding a Dubai flavour to the viral ‘street’ football, Emirates Airlines invited players from AC Milan, Arsenal and Olympique Lyonnaise to have fun and score lots of creative and unusual goals while visiting Burj Khalifa, Burj Al Arab and the Dubai Desert Tour with Arabian Adventures.

There’s just one catch: players had to masterfully score the ball into the ultra-small 86cm wide goal, striking from different distances, angles, territories, against their fellow players and even blindfolded.

Emirates is posting videos on TikTok of the Olympique Lyonnais, AC Milan and Arsenal ‘street’ football competitions in addition to Facebook, YouTube Shorts and Instagram Stories.

The Emirates crews helped kick off the competition, with Alexandre Lacazette, Corentin Tolisso, Anthony Lopes, Moussa Dembele, Hussem Aouar and Maxence Kackere of Olympique Lyonnais all taking part first. Against the backdrop of the legendary Burj Khalifa, the players practised their marksmanship, footwork and deft passing skills as they attempted to hit the target, with no shortage of goals as well as misses, shenanigans and mishaps.

The next team was Arsenal, led by captain Martin Odegaard, Kieran Tierney, Eddie Nketia and Nathan Butler-Oyedeji. The players experimented with their own version of beach football against the backdrop of the impressive Burj Al Arab, competing in skill against each other and displaying some amazing kicks off the bike.

AC Milan players Pierre Caloulou, Ciprian Tatarusanou and Aster Vranx went up against the elements, or rather the desert of Dubai, trying to switch up the pitch and deliver some impressive shots on goal.

Finally, players were blindfolded as they tried to hit the tiny target. Some players were surprisingly accurate. Others were simply “shooting in the dark”.

The players took time out of warm weather training and participation in the Dubai Super Bowl to take up the challenge. Emirates continues to bring top clubs to the UAE to participate in unique tournaments as well as taking part in warm-weather training sessions as they prepare for the final leg of their football season. Dubai has become the preferred base for winter training due to its world-class training facilities and year-round accessibility to sports complexes, as well as the wide range of activities that can be visited while the players are on holiday.

.@emirates invited @acmilan, @Arsenal, & @OL players to a unique street football challenge in #Dubai. They scored creative goals at iconic locations like the @BurjKhalifa & @BurjAlArab, & during a tour of the Dubai desert with Arabian Adventures.https://t.co/loatPtVcoa pic.twitter.com/Yu8HvfoGXL