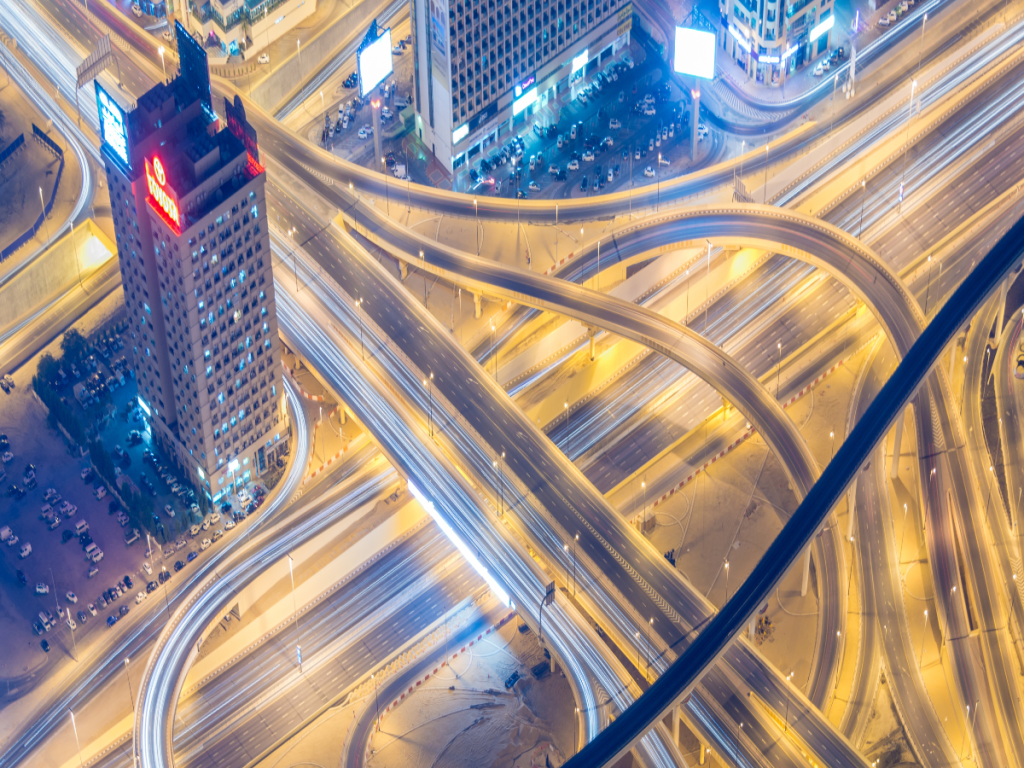 The Dubai Roads and Transport Authority (RTA) today inaugurated the first phase of the Sheikh Rashid Bin Saeed Corridor improvement project, stretching from the intersection of Ras Al Khor Road with Dubai Al Ain Road (Bu Qadra Junction) to the intersection of Ras Al Khor Road with Nad Al Hamar Road. The works included widening the road from three to four lanes in each direction on a 4km long section and opening all bridges leading to Dubai Creek Harbour to a length of 1,730m, with a capacity of around 10,600 vehicles per hour.

“The Sheikh Rashid Bin Saeed Corridor project is one of the strategic road improvement projects being implemented as directed by His Highness Sheikh Mohammed Bin Rashid Al Maktoum, Vice President, Prime Minister of the UAE and Ruler of Dubai. This is part of an ongoing process to enhance the capacity of infrastructure components to support the emirate’s strategic objectives and serve development in general,” said H.E. Mattar Al Tayer, Director General and Chairman of RTA’s Board of Executive Directors.

“The Sheikh Rashid Bin Saeed Corridor Improvement Project is one of the biggest projects being undertaken by RTA at present. Works under Phase I and II of the project include the widening of Ras Al Khor road for a stretch of 8km from the intersection of Ras Al Khor with Dubai-Al Ain Road to the intersection with Sheikh Mohamed Bin Zayed Road, as well as bridges with a total length of 2km and a service road on either side of the road.

“Once the two phases are completed, the capacity of Ras Al Khor road will increase to 10,000 vehicles per hour and travel time will be reduced from 20 minutes to 7 minutes. The project will improve traffic safety and traffic flow as well as remove existing traffic closures. The project serves many large projects with 650,000 residents, namely: The Lagoons, Dubai Creek, Meydan Horizon, Ras Al Khor, Al Wasl and the Nad Al Hamar complex. In the future, the project will include the Sheikh Rashid Bin Saeed Crossing, which crosses Dubai Creek and connects Al Jadaf in Bur Dubai to the road separating the Dubai Creek project and Dubai Festival City,” Al Tayer added.

“The initial phase of the project, which was fully opened, included widening Ras Al Khor Road from three to four lanes in each direction and constructing a two-lane service road along Ras Al Khor Road, 4.2km in length. The first consists of three lanes, measuring 740m in length, and serves traffic flowing from Dubai Al Ain Road and Al Hail Road eastwards to Dubai Creek, with a capacity of 7,500 vehicles per hour. The second was a two-lane, 990m long, two-slope bridge with a capacity of 3,100 vehicles per hour, serving traffic coming from Dubai Creek Harbour towards Ras Al Khor Road. The works also included the construction of a new road of 1.5km in length with four lanes in each direction in addition to the entry and exit points from the new built-up areas to facilitate traffic coming from the intersection of Nad Al Hamar Road and Ras Al Khor Road,” explained Al Thayer.