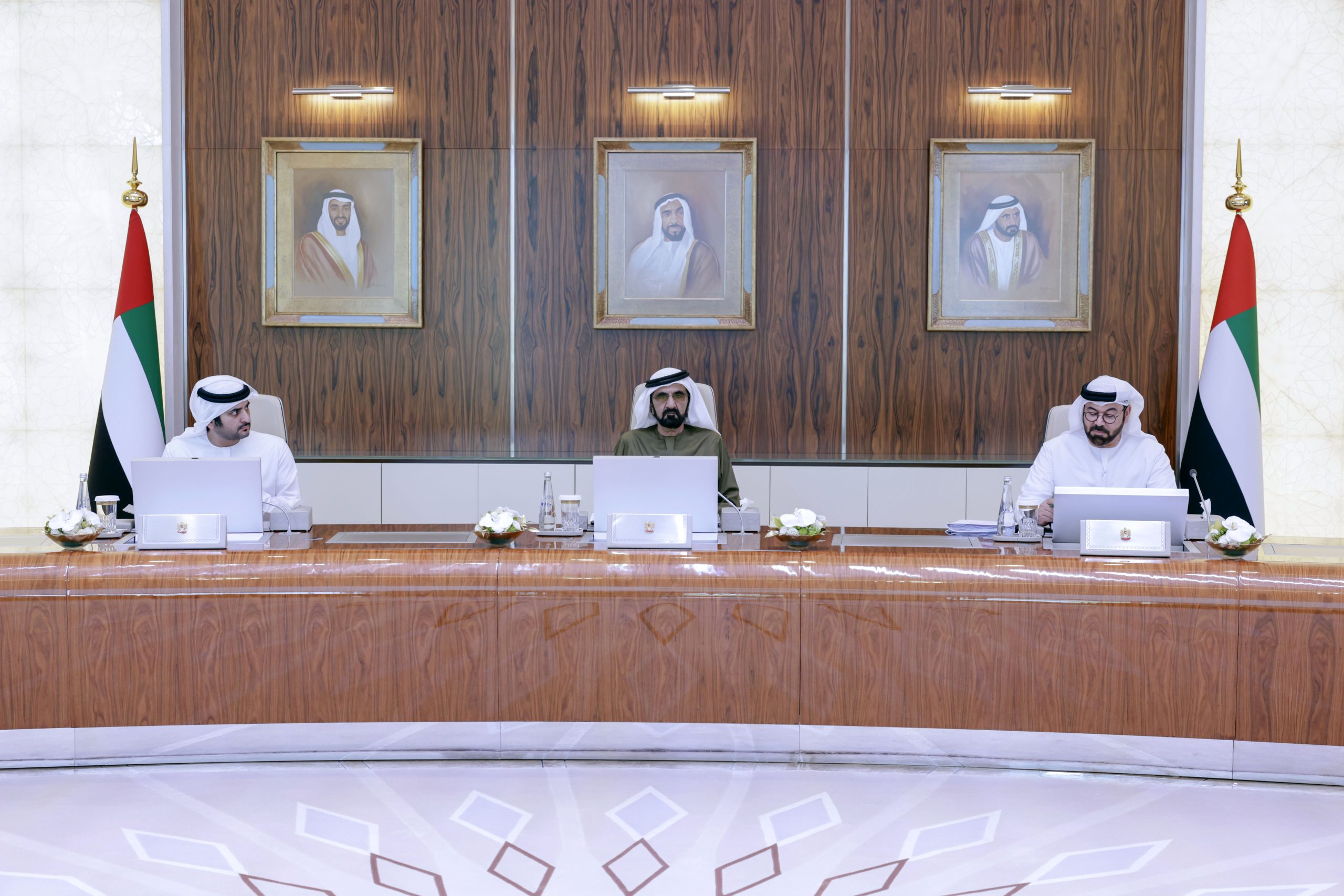 Mohammed bin Rashid Al Maktoum reiterated that the UAE Cabinet will always be the driving force in developing policies and strategies to realise the vision of His Highness President Sheikh Mohammed bin Zayed Al Nahyan and the aspirations of the UAE people in creating the best possible economic, social and developmental environment.

He said: “In the previous year, the government formed over 120 teams from 110 federal and local entities and 50 private sector entities to work on updating over 100 social, economic, educational and regulatory federal laws… Thanks to the efforts of these teams, we are now the most adaptive and responsive government in the world.”

He noted that in 2022, the UAE was ranked among the top 5 countries in the world on 339 development, economic and social indicators.

The UAE Cabinet has approved the National Strategy to Combat Desertification, which includes (33) key initiatives and a national action programme until 2030. The strategy is based on five pillars that aim to conserve ecosystems, improve arid and dry lands, and mitigate and adapt to the effects of climate change on ecosystems prone to desertification.

Within the framework of strengthening and supporting the space sector in the country, encouraging its investment and attracting investors from around the world, the Cabinet approved the adoption of a decree on the regulation of permits for space and space-related activities.

During the meeting, the cabinet approved the financing system of the current federal education institutions as a reference for financing these institutions and instructed the Education Ministry to take necessary measures and issue guidelines for the implementation of this system in coordination with all the authorities involved.

The Cabinet approved the Government Services Observatory, which is an interactive digital platform that displays in real time the customer satisfaction with government services and their impressions of various available channels such as websites, smart applications and service delivery centres.

The Cabinet approved the reform of the Emirates Food Security Council. In addition, the meeting approved a uniform guideline on financial procedures for donations and financial transfers outside the country.

. @HHShkMohd chairs first Cabinet meeting of 2023, affirms that the UAE Cabinet will always be the engine of developing policies and strategies to achieve the vision of President and the aspirations of the people of the UAE. https://t.co/woUVL0al0V pic.twitter.com/CWWiy38o6U