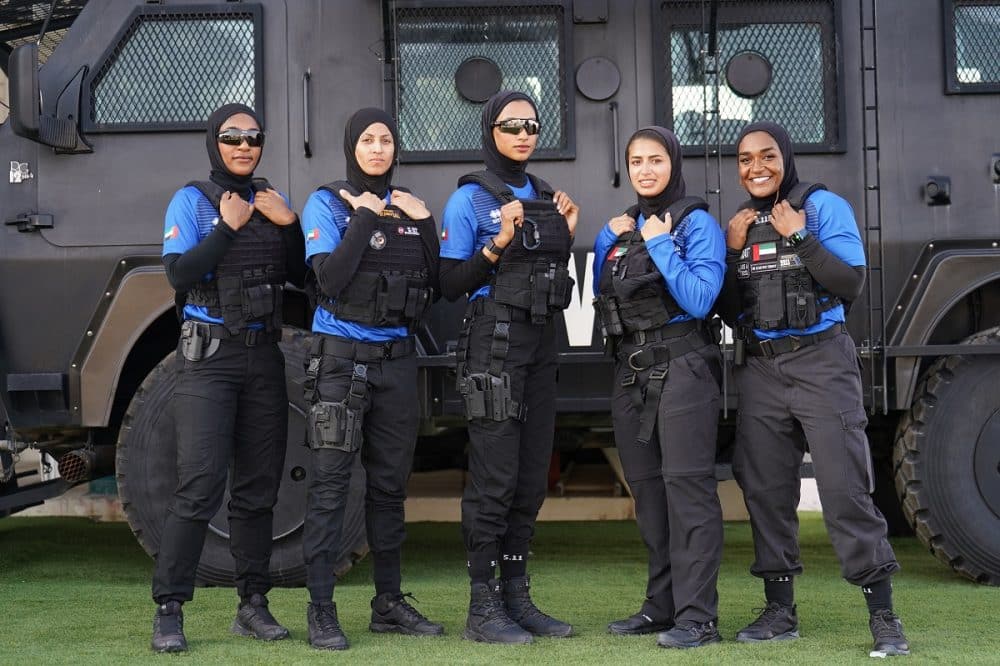 Dubai Police has unveiled the city’s first all-female SWAT team. The unit was created as part of an effort to empower women in the United Arab Emirates.

The SWAT team is traditionally male-dominated, but there are plenty of female police officers. Girls from the new SWAT team have undergone extensive training, including tactical shooting, combat training and endurance tests.

In the summer of 2021, a woman, Captain Halima Al Saadi, joined the Dubai Mounted Police squad for the first time to seize illegal vehicles, arrest criminals and issue fines to offenders.

The equestrian police patrols in Dubai have a variety of roles, ranging from crime control to public event security. Unlike police cars, the officers in the saddle are able to roam the narrow streets.

In March 2021, a woman took up her first duty officer position with the Dubai Police Force. Nouf Khaled Ahli, a graduate of the Police Academy, has joined the Naïf station, in Dubai’s most densely populated area.

The officer on duty carries out many tasks during his shift. His duties include conducting daily meetings, controlling emergencies and dispatching outfits to calls. Officers also take statements from the public, log cases into the system and inspect the site.