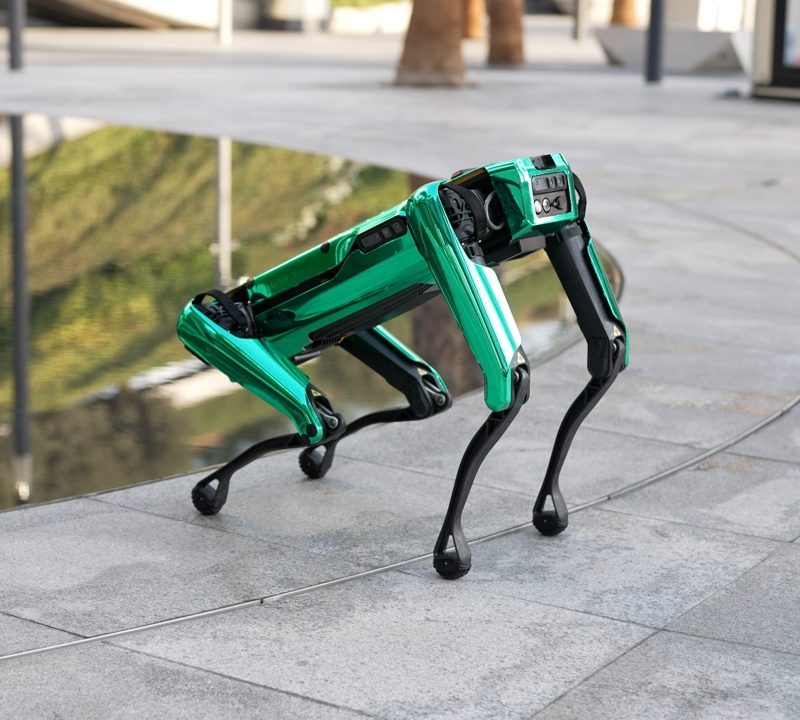 The Museum of the Future presents the four-legged robodog as the latest member of the museum’s growing family of advanced robots. The nimble robodog, which has three-dimensional vision and moves using 17 joints, will join Amek, the museum’s humanoid with artificial intelligence, as well as the museum’s robot barista Bob and flying robots, among many others.

Visitors to the museum will be able to interact and play with the new robotic pet. Robodog is an advanced robot that uses machine learning and navigates the terrain with mobility unprecedented for a robot. It will roam the lobby of the museum, greeting and interacting with all visitors.

Robodog has been developed by US technology company Boston Dynamics. It uses 360° perception to map the terrain and avoid obstacles, and can also balance on uneven surfaces. The robodog’s base platform provides improved mobility and perception for navigating stairs, gravel and rough terrain, collecting 2D and 3D information using sensors on board.

The Museum of the Future has a collection of the world’s most advanced technologies and robots, including the humanoid robot Ameca with artificial intelligence, robot barista Bob, robotic flying penguin, flying jellyfish and many others.

The Museum of the Future invites people on social media to name the robodog. People can suggest names via the museum’s social media channels: Twitter, Instagram.

.@MOTF introduces a four-legged robotic canine as the latest member of the museum’s growing family of advanced robots. The agile robodog has 3D vision and moves using 17 joints. #Dubaihttps://t.co/7lo5qYoZLX pic.twitter.com/q0SQtQl9fW