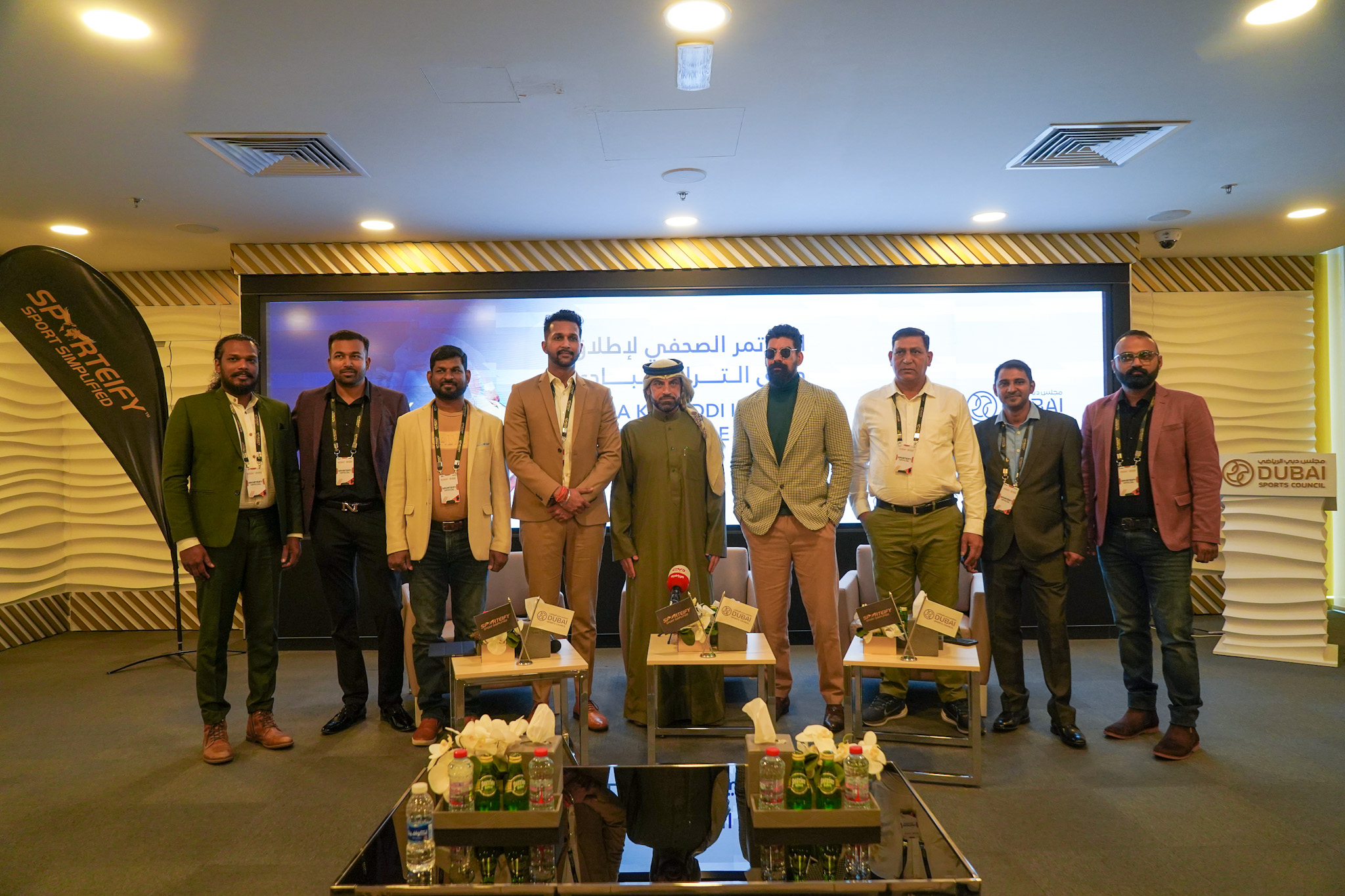 The Dubai Sports Council has announced the Ultra Kabaddi League tournament, which will be held for the first time in the country and will be organised by Sporteify in collaboration with the Dubai Sports Council. Its competition will be held at the Al-Ahly Youth Club Sports Hall in Al Mamzar from June 4-24, with 112 players from 10 different countries making up 8 signature teams competing in 32 matches.

Today marks the beginning of a new era in international kabaddi and Sporteify is pleased to announce the Ultra Kabaddi League, which will be held under the patronage of the Dubai Sports Council in June 2023.

The Ultra Kabaddi League will feature eight teams featuring top players from across Asia. The league will also provide a platform for aspiring players to showcase their talent and take their game to the next level.

The matches will be broadcast on television as well as internationally through streaming services. This will give fans access to the best kabaddi action, streamed live from Dubai, UAE.

Kabaddi is a popular sport in India with a long history. It originated in ancient India, where it was played by warriors as a training game. The game has been played in the Indian subcontinent for at least 4,000 years and is believed to have been developed by the ancient Vedic civilisation.

The inauguration of the Ultra Kabaddi League is a milestone for the sport and for Dubai, UAE. It is a testament to the commitment of the country’s top leaders as well as the enthusiasm of the players and fans. The Ultra Kabaddi League will set a new standard for professional kabaddi and will be a source of pride for the entire country.

Sporteify is keen to bring the best examples of kabaddi to Dubai and looks forward to a long and successful partnership. The league is confident that UAE residents will embrace the sport and become passionate supporters of the teams and the league,” said Edwin Paul, founding director of Sporteify).

Sporteify will also hold a number of events and promotions to promote kabaddi in Dubai, giving residents the opportunity to learn more about the sport and its rules.

We are looking forward to an exciting kabaddi season and a fresh start for the sport in the United Arab Emirates.

The #Dubai Sports Council announced that it will host Dubai (Ultra Kabaddi League), which will be held for the first time in the country and is organized by Sporteify in cooperation with the Dubai Sports Council.https://t.co/RBO0IBExGT pic.twitter.com/nX4pjHLHVg