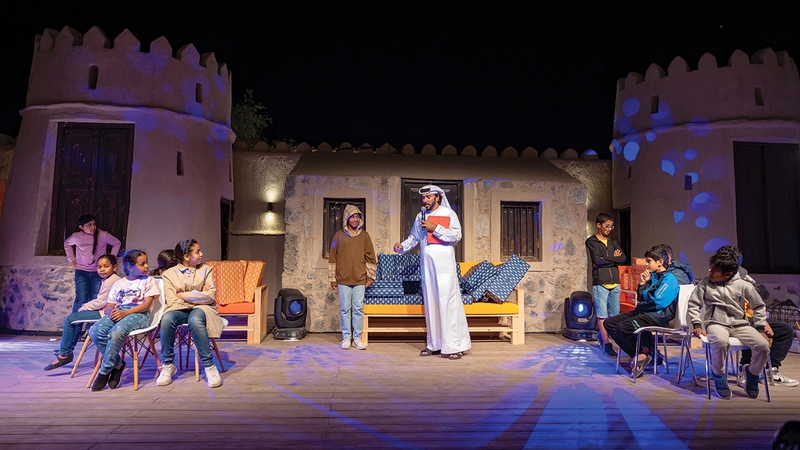 The Dubai Culture and Arts Authority (Dubai Culture) recently completed the second edition of Hatta Cultural Nights, a 12-day heritage-based festival that allowed visitors to discover the charm and aesthetics of folk art and details of Emirati customs and traditions through a variety of activities and cultural experiences. The festival welcomed more than 28,000 visitors from across the country throughout its run.

Maryam Al Tamimi, Acting Director of the Heritage Sites Department at Dubai Culture, said: “Hatta Cultural Nights shed light on life in Hatta, our authentic customs and traditions as well as the importance of human interaction through the various activities presented. The festival has helped in highlighting our cultural heritage and national identity amongst various members of the community.”

Dubai Culture sought to organise the second edition of Hatta Cultural Nights at Hatta Heritage Village in collaboration with Hatta residents to support families and the development of creative talent in the region.

The festival featured a variety of arts and folklore performances including an oud, alharbiya and al-rababa, as well as poetry evenings performed by a group of Emirati poets from Hatta and a range of other traditional performances.

Dubai Culture also highlighted the market corner, which featured honey stalls and unique local produce, as well as a host of other offerings from young Hatta talent.

The festival also included entertainment at the Emirati Folk Games corner with competitions, cultural activities and educational workshops aimed at enriching children’s experiences and teaching them the techniques and secrets of crafts.