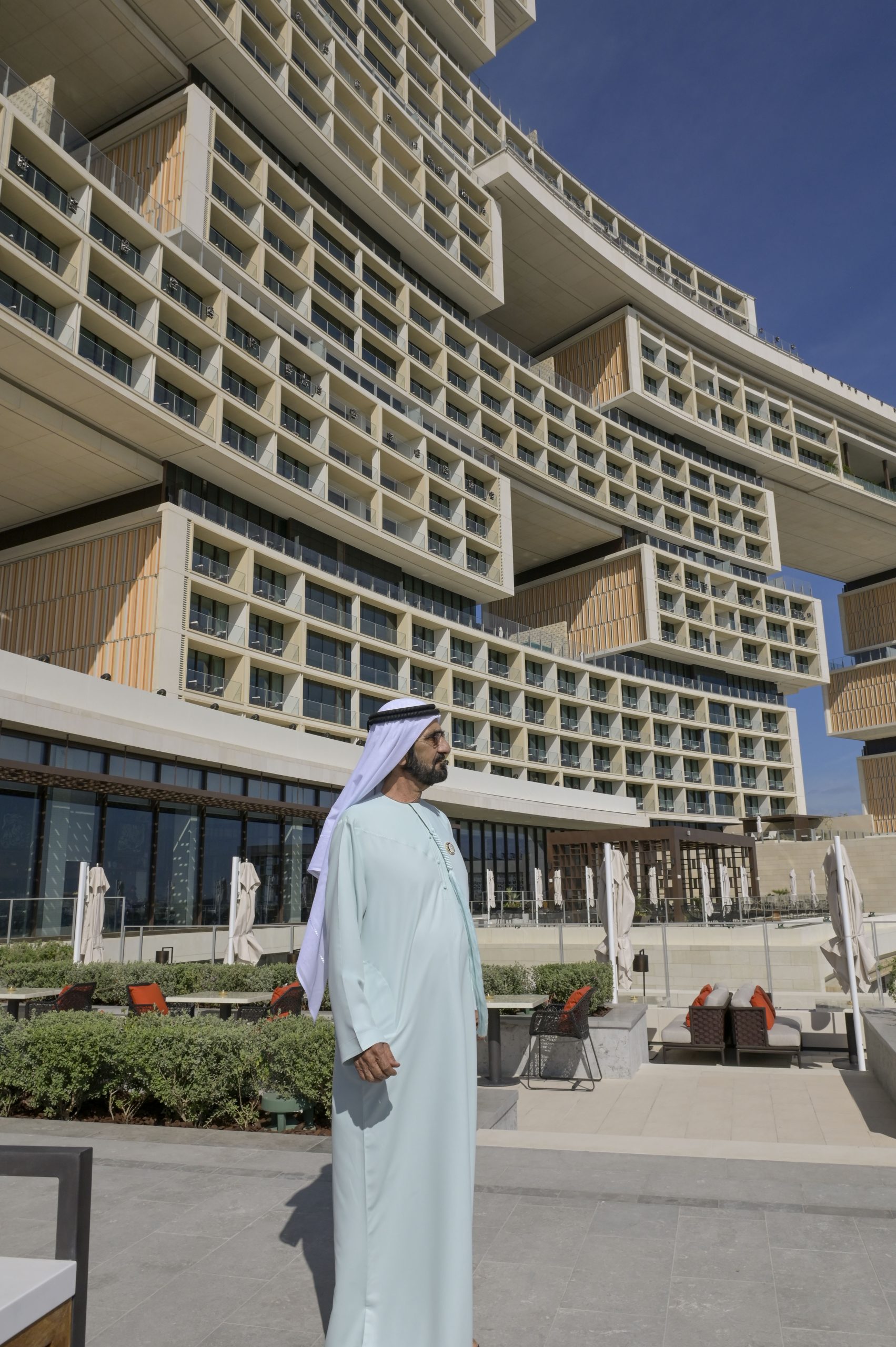 Rising 43 storeys and covering 406,000 square metres, the ultra-luxurious Atlantis The Royal Resort will be a unique addition to Dubai’s spectacular skyline as well as the city’s landmarks. The iconic new resort supports the recently launched D33 Dubai Economic Programme, which aims to strengthen the city’s position as one of the world’s top three cities for tourism and business.

His Highness Sheikh Mohammed bin Rashid visited Atlantis The Royal and said that the private sector continues to be a key partner in Dubai’s development path and makes a vital contribution to its growth aspirations. Public-private partnerships are at the heart of Dubai’s development vision and are key to the development of vital sectors such as tourism, he added.

Stressing the importance of the tourism sector as a major contributor to the national economy, His Highness said: “We have ambitious targets to develop this sector over the next ten years. The UAE and Dubai are keen to build on deep partnerships with the private sector to enhance the country’s status as the world’s most popular destination for international tourists.”

Atlantis The Royal, the latest addition to the city’s wide range of world-class hotel facilities, reinforces the city’s position as a prominent destination of choice for international travellers, as confirmed by the recent selection of Dubai as the No. 1 global destination in Tripadvisor Travellers’ Choice Awards 2023, receiving this recognition for the second consecutive year.

A reinterpretation of modern resort architecture, Atlantis The Royal is a 500m long and 178m high mega-structure shaped like Tetris blocks. The resort consists of six towers connected by a 90 x 33 metre sky bridge which, together with the spectacularly illuminated openings between the blocks, creates a striking pattern in the night sky. The resort also features a unique sky garden concept.

His Highness toured the resort and viewed its interior design, inspired by Bedouin culture. The hotel emphasises the value of water with beautiful water features, sculptures and a colour palette.

The resort is located on the outer crescent of the Palm Jumeirah, which allows the building to have two distinct waterfront views – the Persian Gulf on one side and the protected lagoon of Palm Jumeirah Island and the Dubai skyline on the other.

Atlantis The Royal comprises a collection of 795 rooms, suites and penthouses. The resort offers guests a host of spectacular experiences, inviting them to swim among the clouds in the sky pools, be dazzled by the fountains breathing fire and dine at the restaurants of renowned chefs.