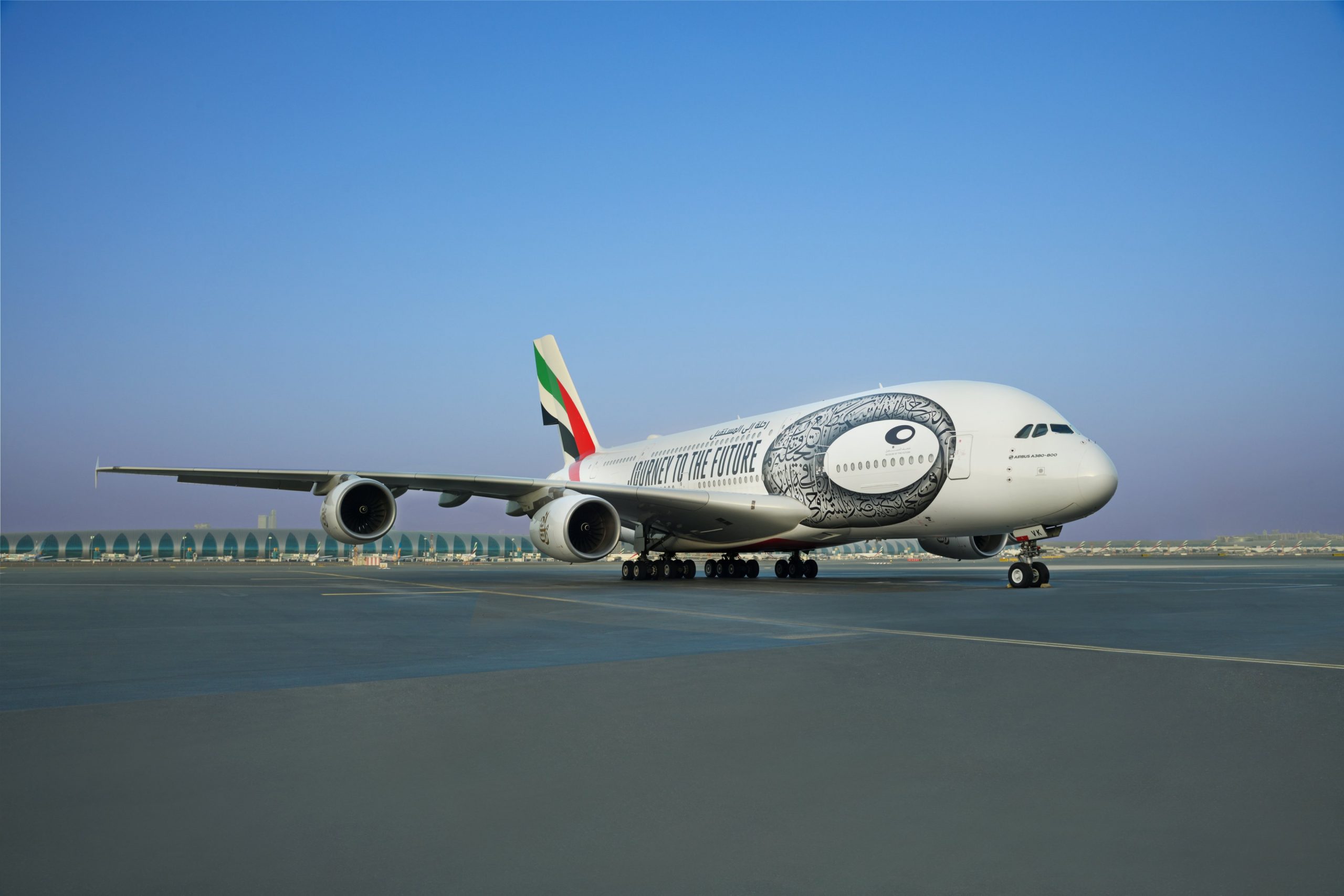 Emirates portrays Museum of the Future in A380 customised livery

Emirates today unveiled a new custom A380 livery celebrating Dubai’s latest architectural icon and hub of innovative concepts and ideas – the Museum of the Future.

The first Emirates A380 aircraft (A6-EVK) to receive this exciting new livery will take off for Los Angeles tomorrow. Following the departure of nine other aircraft from Emirates Engineering’s dedicated Aircraft Appearance Centre in the coming weeks, the Museum of the Future A380 will be deployed on routes to Europe as well as to key cities in the Arab region.

The initiative underlines the airline’s continued commitment to supporting Dubai’s vision of being a leading city of the future, a centre of innovation and a testing ground for emerging technologies. It also symbolises 50 years of development and progress in the UAE.

Described as ‘the most beautiful building in the world’, the seven-storey, column-free, toroidal Future Museum has become one of Dubai’s major design wonders and aims to inspire the world to imagine the possibilities of tomorrow, showcasing mesmerising installations and futuristic experiences. The ring of the building forms a void, symbolising unknown and undiscovered knowledge.

A ring-shaped building decorated with Arabic calligraphy encircles both sides of the aircraft and features the inscription ‘Journey to the Future’ on the fuselage, occupying a total of 336 square metres on board the A380. The facade is adorned with quotes from His Highness Sheikh Mohammed bin Rashid Al Maktoum. The Emirates’ airline will launch a total of 10 A380 liveries that will fly to nearly 30 destinations around the world next year, carrying the museum’s message of creating a better future now.